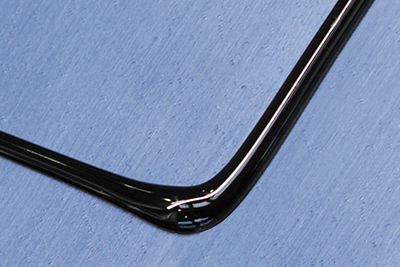 When automobiles were first developed, electric-powered road vehicles played an important role; later, they were almost completely displaced by vehicles with combustion engines. Stimulated by Californian legislation, since 1990 there have been increasing developments of vehicles in road traffic that are solely powered by electricity by one (or several) electric motors.

Electromobility is increasingly becoming the alternative technology for conventionally powered vehicles - both in the fleets of corporations and institutions and in the private sector. To keep this ever increasing number of vehicles ready for use, a large-scale charging infrastructure is needed, which is simple and cost-effective to set up, manage and expand.

For more than 10 years we have been successful in the field of e-Mobile. We supply and bond various types of plastic parts in series production for premium vehicle manufacturers. In addition, plastic body parts are processed with our automation technology even for Tier 1 partners.

We use cookies on our website. Some of them are essential for the operation of the site, while others help us to improve this site and the user experience (tracking cookies). You can decide for yourself whether you want to allow cookies or not. Please note that if you reject them, you may not be able to use all the functionalities of the site.